In Book Publishers Scramble for Chinese Readers at the NY Times today, one China publisher in particular—Horizon Media—is featured as particularly savvy in recognizing early on the huge demand of Chinese readers for fiction from the West, and for picking winners that it brought to the market efficiently:

Wang Ling, Horizon’s chief literature editor, cites as a turning point the company’s publishing of “The Da Vinci Code” in 2003, of which two million copies have been printed here, followed by the huge success of “The Kite Runner,” with 800,000 in print — astronomical numbers in a country where, Ms. Wang says, only “super-best sellers” reach half a million copies.

The quality of a translation plays a major role in a foreign title’s success in China, so Horizon takes great care to hire someone with an ear for language and a contemporary voice that readers will enjoy. “A good translator is not just fluent in the source language but must also know how to write an eloquent Chinese sentence,” Ms. Wang said.

Impressive stuff. But what Dan Levin’s article doesn’t tell you is how Horizon Media treats those talented translators. Like Li Jihong (李继宏), who rendered The Kite Runner in Chinese (追风筝的人). He earned a one-time payment of just US$2,250 for his efforts, and will collect no royalties for this best seller.

The article continues with a reference to how politically incorrect copy is dealt with:

Sometimes, however, an authentic translation runs afoul of the Chinese government, and then changes must be made. In “The Kite Runner,” references to the Soviets’ disastrous meddling in Afghanistan were removed, as it was deemed to tarnish the Communist brand, as was a glowing mention of the government’s arch-nemesis, the Dalai Lama, in the book “Communion With God.” 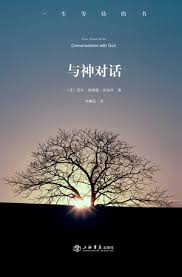 Mr. Li loved the “Conversations With God” series [与神对话] so much that he bought the Chinese rights, which also ensured that no editor could change his translation. The first book stayed on the Amazon China top-100 best-seller list for a year after it was first published. It is a constant affirmation to Mr. Li, who thinks these books can benefit Chinese society because they “awaken the conscience of the powerful and bring consolation to the powerless,” he said.

For insights into how The Kite Runner was translated into Chinese—and what was censored by Horizon Media’s minders—see The Kite Runner: An Afghan Childhood Repackaged for the Middle Kingdom, including an interview with translator Li Jihong. Or click here for a video interview (in Chinese) with him speaking about Conversations with God.