We all know that there are exactly 56 ethnic groups in China, yet in the 1953-54 census Yunnan alone reported more than 200. Over at China Beat, an excerpt from Tom Mullaney’s Coming to Terms with the Nation: Ethnic Classification in Modern China offers a bit of insight into these mathematics:

In the first census of the People’s Republic of China (PRC), carried out in late 1953 and early 1954, officials tabulated over four hundred different responses to the question of minzu identity. This deluge came in response to the Communist Party’s promise of ethnonational equality, which entailed a commitment to recognizing the existence of ethnonational diversity to a greater extent than their predecessors had ever been willing to do. Over the course of the subsequent three decades, however, only fifty-five of these were 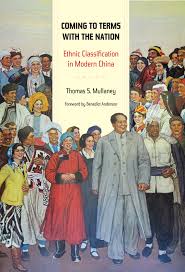 officially recognized, which entailed a remarkable level of categorical compression: from four hundred potential categories of minzu identity to under sixty. The most dramatic case, again, was that of Yunnan Province. Out of the four-hundred-plus names recorded in the 1953–54 census, more than half came from Yunnan alone. Over the following years, however, only twenty-five of these were ultimately recognized by the state.